Over on rpg.net, forum member Felix has been conducting a read-through of the AD&D Monster Manual II. One of the entries is the Grim, a shapeshifting black dog in the finest tradition of the many "Black Dogs" appearing in British fairy folklore.

Unlike most Black Dogs, which are generally fairy creatures, the Church Grim is a spirit that protects churchyards from grave robbers and other criminals.

The tradition (which appears both in England and Scandinavia) has the Church Grim as a person, the first to be buried in a new churchyard, whose soul has to watch over it. To spare a human soul this duty an animal might be buried first. In England this seems to always be a dog, but in Scandinavian tradition the Kirkegrim might be a bear, pig, or horse as well.

One of the biggest influences on my childhood imagination was Katherine Brigg's 1976 Dictionary of Fairies, a book that was battered and dog-eared when I got my copy, and which is even moreso now, many years later. In the dictionary, Briggs describes hundres of fairy entities and tropes, indexing them all with a list of descriptive themes and motifs (which you can look up at the back of the book). As soon as I saw the RPGnet post about the Grim I was sure that it was included in the Dictionary, and indeed it was.

[...] when a new churchyard was opened it was believed that the first man buried there had to guard it against the Devil. To save a human soul from such a duty a pure black dog was buried in the north part of the churchyard as a substitute. Katherine Briggs, A Dictionary of Fairies

Eden Phillpotts (a very prolific author of the early to mid 20th Century) wrote a story called "The Church Grim" in 1914, revolving around the mystery discovery of a body in the church which turns out to be a night watchman left as a Grim. It, the D&D monster, and the Briggs entry, inspired me to write my own story Grim, which focusses on the dog.

Almost as soon as I'd finished Grim I spotted a call for macabre stories from a magazine called Rufo's Dog. The co-incidence seemed too good. I submitted the story for their consideration, and it was accepted to appear in their January issue.

You can read a preview at https://www.rufoesdog.com/ 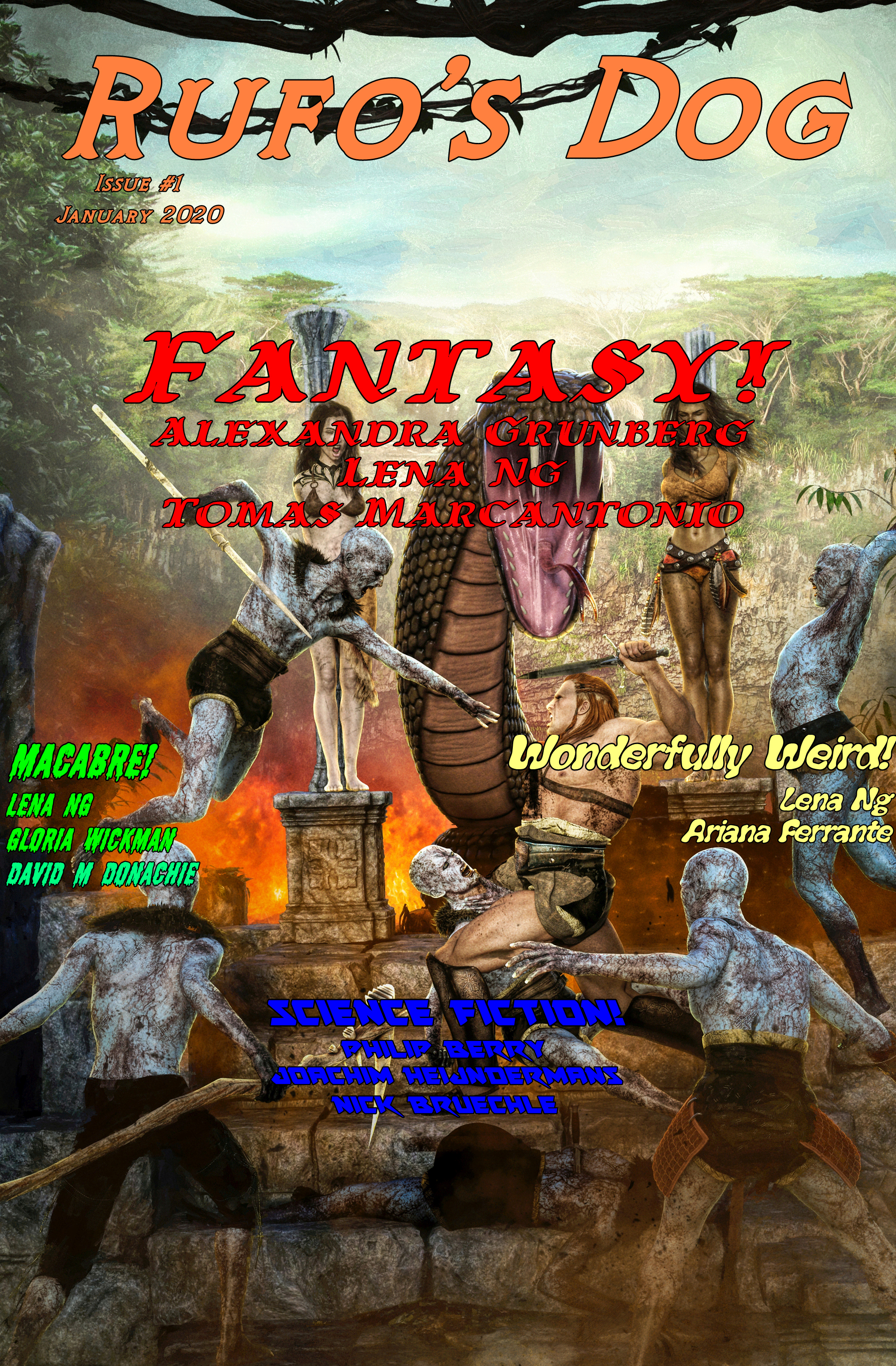