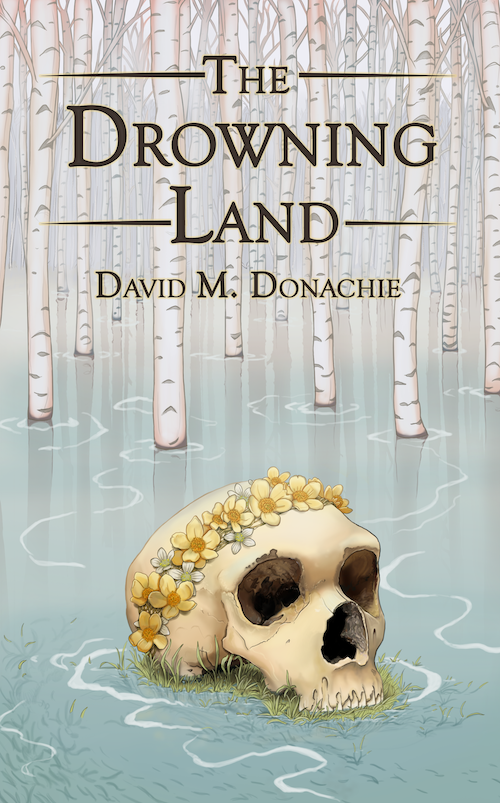 Published by CAAB Publishing, The Drowning Land is availble now from your favourite booksellers.

The world is drowning.

Edan’s tribe has always survived by knowing the land and following its stories.

But now their world is changing, and they must change with it, or die.

When young fisherman Edan rescues the troll seer Tara from Phelan wolf-touched, he makes a powerful enemy. But Tara’s visions bring them hope that the world might still be saved.

Edan must break away from tradition and cross the Summer Lands in search of a new future, but where does that future lie? With Phelan’s wolf clan? With the Fomor sea-devils? Or with Tara’s visions, that show one faint hope for salvation?

The Drowning Land takes us back eight thousand years to the Mesolithic Period when a lost land, Doggerland, still connected England to France across what is now the North Sea. Inspired by the extensive research conducted by archaeologists over the past two decades, this is a story of our distant ancestors and how they confronted the climate catastrophe that overwhelmed their world.

"A world brought vividly to life through characters with heart and soul. A fresh new voice to pay attention to" — Jonathan Hicks

"I can’t recommend The Drowning Land highly enough, especially to anyone who adores stories about hunter-gatherers and prehistory." — Long and Short of It

What's with the cover?

The cover centres on a neanderthal skull garlanded with flowers. Although no such skull has been found, the neanderthals did deposit flowers in graves, and there are later burials with just such garlands, so it is isn't impossible. In the background a birch forest is flooded by the inexorably rising tide ...

Each Monday leading up to the release of the novel, I released an excerpt, you can read them below.

Keep up with the news on my Author Facebook Page

Prefer to read information on Goodreads? Here's the Goodreads Page 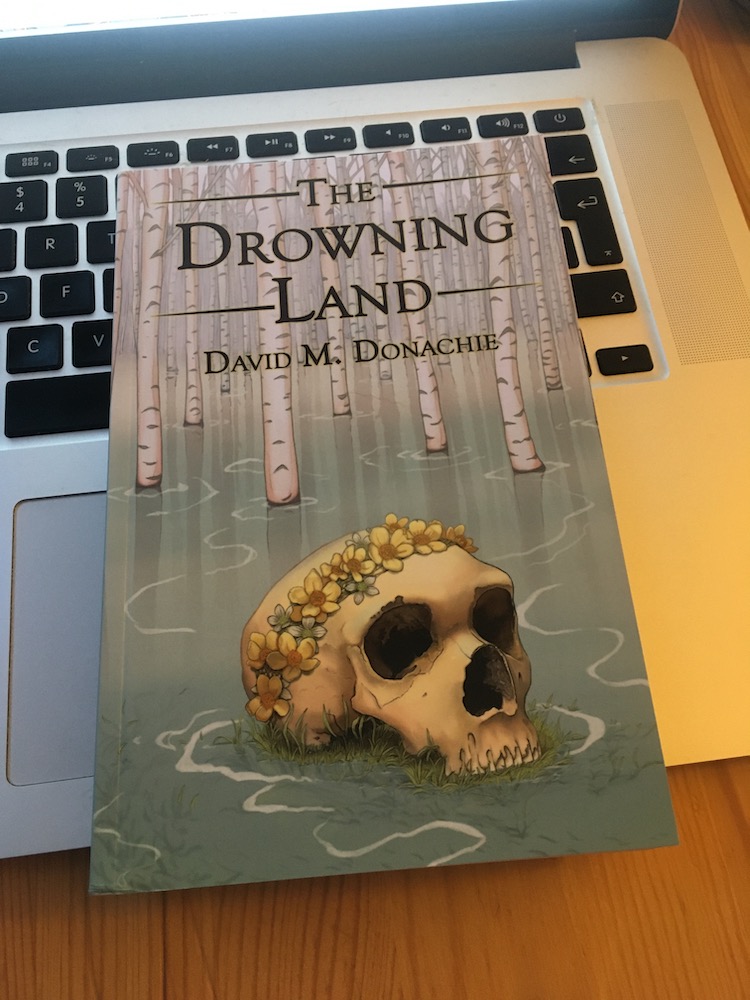